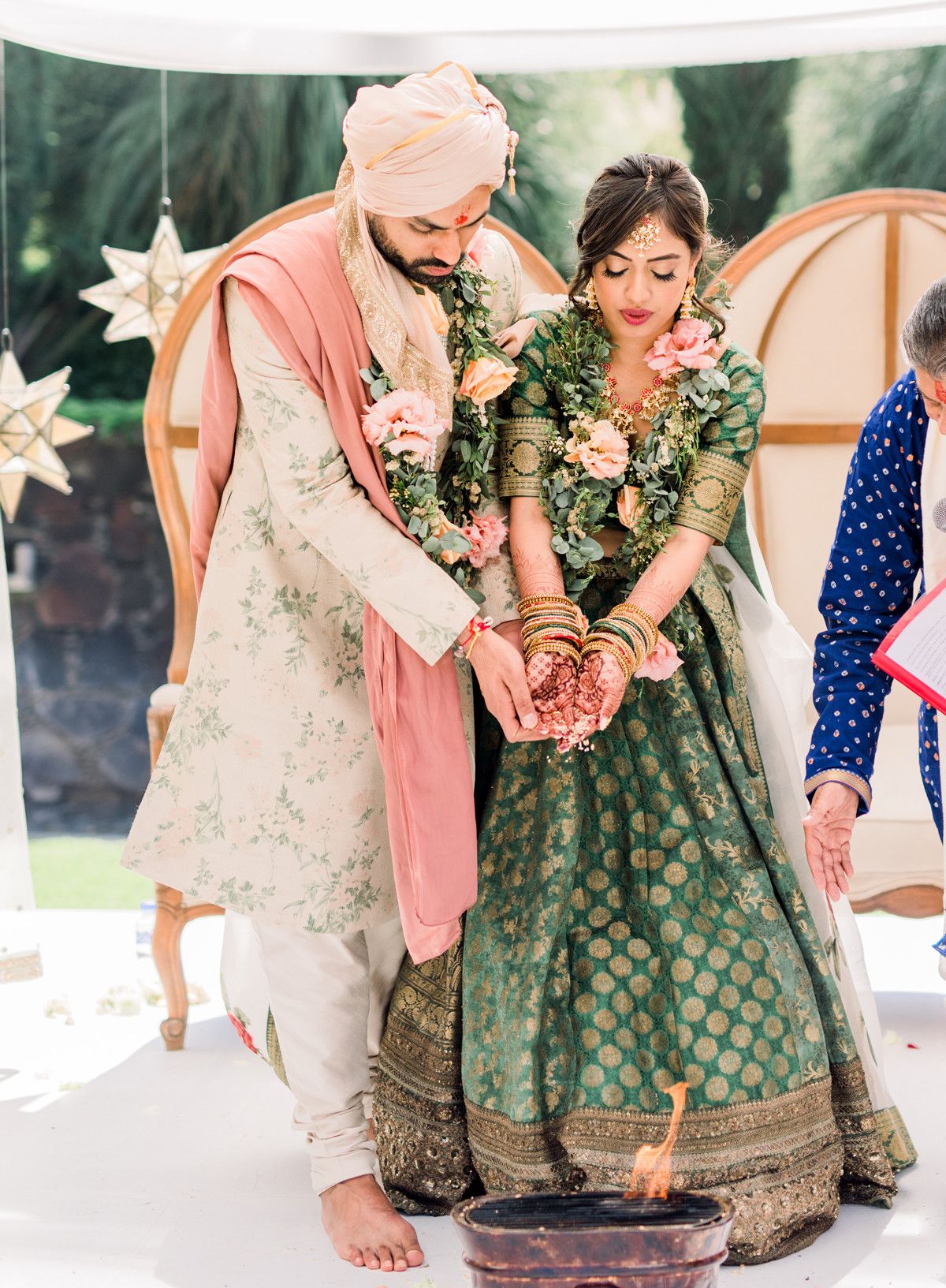 As part of the Hindu ceremony, the bride and groom swear seven promises to each other. Each of these vows is accompanied by a circle around the holy fire, called a phera. Funnily enough, both Vince and Payal forgot to prepare seven separate vows. "I took the world's slowest steps around the fire, while collecting my thoughts and clearly, Vince was doing the same," remembers Payal. "In the end, we spoke from the heart and I am so glad we did."